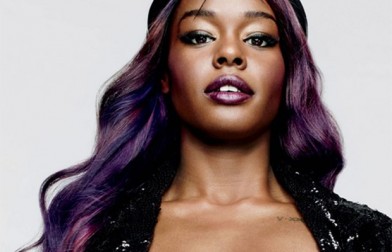 Azealia Banks will be touring the UK in March next year to support the 2014 release of her much anticipated debut album, ‘Broke with Expensive Taste’.

This summer saw Banks make a string of show-stopping back to back festival appearances in the UK and Europe. From Roskilde festival in Denmark, Pitch festival in Amsterdam and Melt festival in Germany to T in the Park, Reading and Leeds and a headline slot at London’s Lovebox. All in addition to Glastonbury 2013, where Azealia’s live performance not only received glowing reviews from the critics in the crowd but also ensured she was crowned queen of the festival by those following on social networks after she became the ‘Most Shared’ artist online via the official BBC website.

The nationwide tour will see Azealia stop at Glasgow, Manchester, Birmingham and London, and perform tracks from her highly anticipated debut album – ‘Broke with Expensive Taste’ – due for release early 2014.

Tickets for Azealia Banks’ March 2014 UK headline tour go on sale this Wednesday (30th October) at 10am from www.gigsandtours.com.