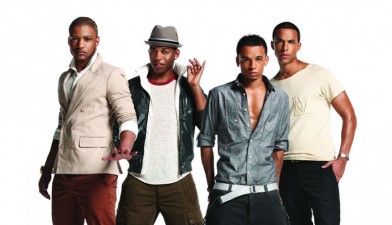 The hugely popular sell-out festival Latitude and an incredible JLS Goodbye Tour Package are the latest event up for grabs in the Sir Bobby’s Breakthrough Charity Auction.

Lucky music fans can win 4 VIP tickets to the award winning festival in 2014. Set in rolling hills around fairy light-lit woods, a lake and featuring a flock of multi-coloured sheep, it really is the cultural highlight of the summer festival season.

Latitude isn’t the only festival to get involved; 4 tickets for Leeds or Reading Festival are also up for grabs, offering the winner a weekend at one of the most revered music shows in the UK boasting a line-up of the hottest artists in the industry.

The UK has become famous for its music festivals having ingrained them into its summer culture. There are more than 450 festivals a year in Britain offering music-lovers a weekend of wellies, tents and headline bands, attracting visitors from all over the globe.

Other prizes include tickets to the JLS goodbye concert were sixteen guests will enjoy a JLS concert in a suite on Sunday 22 December 2013 at the O2 Arena with hospitality, a set of David Walliams bestselling children’s books or tickets to the hit program Britain’s Got Talent with Amanda Holden.

With the auction ending on the 27th October, organisers are urging people across the country to get involved now and get their hands on some fantastic items while helping to raise money for charity.

These auctions are is live now!