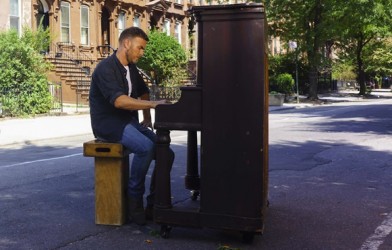 Gary Barlow’s official video for new solo single ‘Let Me Go’ is here! ‘Let Me Go’ will be the lead single from Gary’s first solo studio album in over 14 years entitled ‘Since I Saw You Last’ and will be released through Polydor Records.

The video was filmed on the streets of New York City and was directed by Ben Winston who worked with Gary on the Diamond Jubilee documentary ‘Gary Barlow: On Her Majesty’s Service’ and more recently produced the ‘One Direction: This Is Us’ documentary feature. The album will also feature a duet with Elton John written by Gary, entitled ‘Face To Face’.