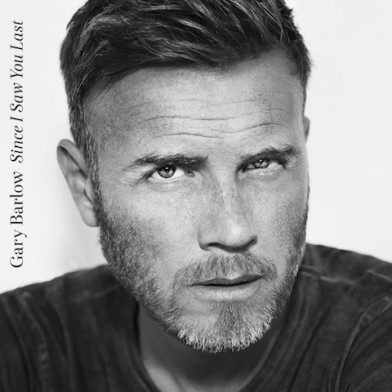 This morning Gary Barlow finally unveiled the titles of his new single and album, both to be released in November, while fans helped unveil his new album artwork.  Gary also confirmed that he will be embarking on a full solo tour in April 2014.

‘Let Me Go’ will be the lead single from Gary’s first solo studio album in over 14 years entitled ‘Since I Saw You Last’ and will be released through Polydor Records. The album will also feature a duet with Elton John written by Gary, entitled ‘Face To Face’.

On Sunday fans were asked to tweet @GaryBarlow using the hashtag #GBSOLO (which ended up trending everyday this week). Each tweet added a fan’s profile picture to the artwork page and revealed a small portion before finally being fully unveiled today.

Gary received an incredible reaction from fans on Twitter two weeks ago after he announced his new album was going to be released on November 25th. Alongside the titles and the artwork reveal today he also confirmed that the first single ‘Let Me Go’ will come out the week before the album on November 17th.

The video for ‘Let Me Go’ was filmed on the streets of New York City and was directed by Ben Winston who worked with Gary on the Diamond Jubilee documentary ‘Gary Barlow: On Her Majesty’s Service’ and more recently produced the ‘One Direction: This Is Us’ documentary feature.

Gary toured as a solo artist last year to acclaim from fans and critics alike, with demand being so great he could have sold it out more than six times over. The Since I Saw You Last Tour 2014 will see Gary play some of the biggest venues he has ever played as a solo artist, including The O2 in London, Birmingham LG Arena, Glasgow SSE Hydro and Manchester Phones 4U Arena.

Gary’s headline tour is preceded by BBC Children In Need Rocks 2013 where he will be bringing some of the biggest names from the music industry together in two concerts this November. The two concerts at London’s Eventim Apollo which will feature the likes of Robbie Williams, Dizzee Rascal, Ellie Goulding, Little Mix and Rizzle Kicks will help to change the lives of disadvantaged children and young people across the UK. Please visit bbc.co.uk/pudsey for full details.

Gary Barlow’s Since I Saw Your Last Tour will start on April 2nd:

Tickets go onsale Friday 11 October @ 9.30am and will be available at
www.gigsandtours.com / www.ticketmaster.co.uk