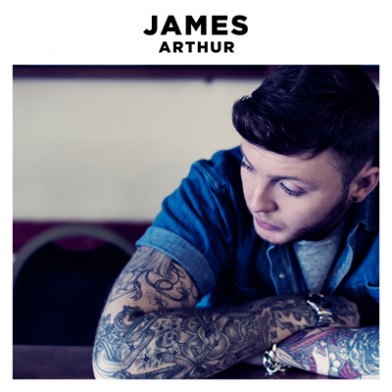 The full track-listing is as follows:

Collaborators on the album include Naughty Boy (‘Roses’, ‘Supposed’, ‘Certain Things’, ‘Flyin’’), Salaam Remi (‘New Tattoo’), TMS (‘You’re Nobody ‘Til Somebody Loves You’, ‘Recovery’), Mojam (‘Get Down’), Da Internz (‘Suicide’), Wayne Hector (‘Get Down’, ‘Supposed’) and Emeli Sandé who co-wrote and features on the beautiful ‘Roses’.

After an amazing reaction at radio to new single ‘You’re Nobody ‘Til Somebody Loves You’ with playlist additions from the likes of Radio 1, Capital and Kiss, it can also be revealed that James will be performing on the Jonathan Ross Show on October 12th. The single will be released on October 20th through Syco Music featuring remixes by Benga and Raf Riley featuring Lunar C – click here to pre-order now.