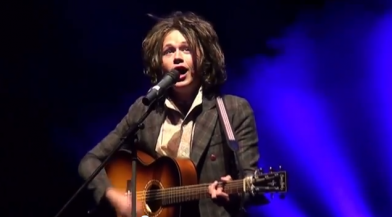 TeenStar is the UK’s first and only singing competition exclusively for teenagers. The competition is brought to you by Future Music; the company behind the discovery of artists such as Warner Music’s Birdy, Columbia Record’s Lucy Spraggan, Union J’s Jaymi Hensley and Jahmene Douglas both of which are now signed to Sony Music. TeenStar consists of a UK-wide search for the finest young talent the UK has to offer, with a spectacular National Grand Final within The O2 in London. The competition attracted over 9,000 entrants in its first year, but it was the uniquely talented Luke Friend who was crowned the winner in an impressive showcase of the nation’s future stars.

Head of Future Music, Chris Grayston can’t wait for the auditions to begin: ‘We are really excited about TeenStar 2014, there’s no other competition out there like it and we are eager to discover the country’s freshest young talent’.

TeenStar has a prize pool worth thousands of pounds, including a £5,000 cash prize for the winning act to help develop their music as well as a chance to feature in top teen magazine Shout Mag. Contestants also have the chance to win prizes through-out the competition, such as recording studio time with some of the UK’s top producers, singing lessons and extensive promotion on YouTube.

As well as the fantastic opportunities TeenStar offers, top teen magazine Shout Mag and music charity Nordoff Robbins have partnered up with TeenStar in a thrilling collaboration that will help raise awareness as well as give contestants the chance to be featured in the Magazine. TeenStar will be aiding The Nordoff Robbins Charity, which is dedicated to transforming the lives of vulnerable people across the UK through the power of music; in their mission to raise awareness, and in addition to this TeenStar will be donating a percentage of the Grand Final profits to this very worthy charity!

The TeenStar competition takes place at some of the best venues in the UK including the Birmingham NEC, Sheffield City Hall and Dingwalls in Camden and will be judged by some of the music industry’s top professionals, including DJs who work for Radio stations such as Radio 1, BBC Introducing, Kiss FM, Choice FM, plus national & regional press, local studios and record labels. The Grand Final is the climax of the whole competition and is staged at one of the most prestigious live music venues in the country, within The O2 in London!

TeenStar is split into three age categories: ‘Late Teens’ (16-19), ‘Mid Teens’ (13-15) and a special category to search for the stars of tomorrow; the Pre-Teens! Whether it’s pop, RnB, grime, acoustic or classical, TeenStar is ready to find the greatest undiscovered talent from across the country. TeenStar provides a platform to help acts get noticed and offers winners the potential to be successfully launched in the UK as a major recording artist.

Audition slots are available across the UK, so if you’re a teen singer and think you’ve got what it takes, for more information and to enter go to http://www.teenstarcompetition.co.uk