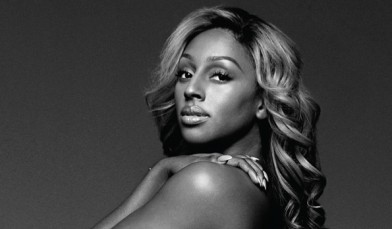 X Factor series five winner Alexandra Burke is turning the other cheek in her sexy new PETA ad, the latest in the group’s celebrated “Rather Go Naked Than Wear Fur” campaign. In the ad, which was shot by internationally award-winning photographer Kevin Davis, Burke bares all above the words “Be Comfortable in Your Own Skin, and Let Animals Keep Theirs”.
“I was nervous about posing nude as I’ve never done it before” says Burke. “It was uncomfortable initially, but the photographer made me feel relaxed and at ease. Ultimately I love my body, so it was great to do something for such a worthwhile cause.”

Animals on fur farms are confined to cramped, filthy cages before they are drowned, beaten, strangled, electrocuted and often even skinned alive in order to produce fur coats, collars and cuffs. Animals caught in the wild can languish for days in traps, and mothers will often chew through their own limbs in an attempt to return to their cubs. In China, the world’s largest fur exporter, fur from dogs and cats is often falsely labelled as fur from other animals before it’s exported.

Burke is one of the most successful X Factor winners to date. Her debut single, “Hallelujah”, set the European record for single sales in a 24-hour period, and the songs from 2009’s Overcome and 2012’sHeartbreak on Hold have continued to top the charts. Her much-anticipated third studio album will be out later this year.

Burke is part of a long list of celebrities – including X Factor creator Simon Cowell and fellow X Factor contestant Rylan Clark as well as Penélope Cruz, Pamela Anderson, Joss Stone, Natalie Imbruglia andEva Mendes – who have teamed up with PETA to speak out against fur. 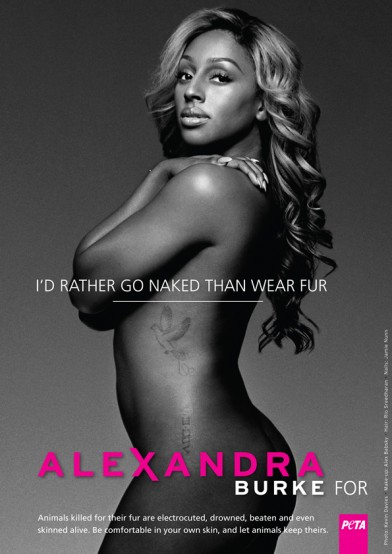