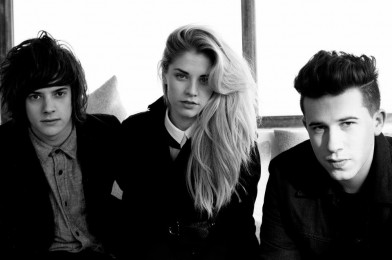 London Grammar continue to prove just why they’re one of the most exciting new bands to breakthrough in 2013 as their debut album, If You Wait, enters the UK album charts at number 2 (right behind the Arctic Monkeys) this week. Their current single, Strong, is Top 20 for a second week and with their first ever headline tour sold out, the band now announce dates for early 2014, with Lancashire electro duo Bondax joining them as special guests on all dates.

The band have spent the summer touring relentlessly, building a burgeoning, loyal live fanbase, playing storming sets everywhere from Glastonbury to Secret Garden, Wilderness to Ibiza Rocks to Bestival (where Hannah sung onstage with Disclosure) and Festival Number 6. Now, as summer draws to a close, they are poised to hit the US for a stretch of headline dates across the East and West coasts before returning to the UK to play their own sold out tour in October.

In addition to all of this, the trio feature on the next Disclosure single, Help Me Lose My Mind set for release on October 28 with release details for another of their own singles due very soon.

Receiving overwhelming praise from the likes of Sunday Times, Guardian, Independent and Telegraph, to name but a few, If You Wait is living up to claims that it’s set to be one of the biggest breakthrough releases of the year.

The result of 18 painstaking months spent writing and recording, each of the 11 tracks is testament to the trio’s innate understanding of the roles that subtlety, contrast and restraint have played in the creation of memorable, timeless and transcendent music. “That’s how this all started,” says Dan, “and it’s always been our primary goal, to keep space in the music. The way that, say, the guitar and vocal interact is massively important to us.”

Tracks like If You Wait and Flickers possess that strange duality of lament and defiance, filled with textures, colours, shadings and interjections that are subtle yet deliver devastating power. The current single, Strong, out now is the final, killer blow. Building – as you would expect from London Grammar – from nothing, from the barest of bones, Hannah’s soaring vocals propels the song to its crashing climax.

Heavily involved in every decision made on the album, the band handpicked their team, working closely with producers Tim Bran (The Verve, Richard Ashcroft, La Roux) and Roy Kerr AKA The Freelance Hellraiser. Drafting in Roc Nation’s KD (Outkast, Beyoncé, Jay-Z) to mix the album, with Grammy-winning Tom Coyne (Adele’s 21), joining them to master.

Tickets go on sale at 9am on Friday 20th September priced £14 regionally and £16.50 in London (subject to per-ticket charge plus order processing fee) and are available from www.livenation.co.uk or www.ticketmaster.co.uk