EXCLUSIVE: Interview and pics with Concept 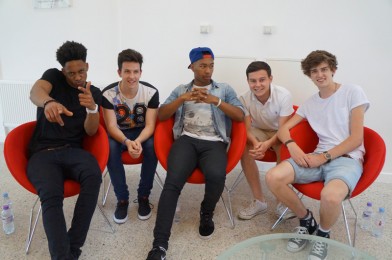 Still buzzing after the success of their debut Haymarket Theatre gig in Basingstoke, Concept followed with the second ever theatre performance at the Hub in Southampton, part of Southampton City College on Fri 5th July.

Pop Scoop! got the chance to have a “little” chat with the boys about the ‘ridiculous’ idea of forming a band and fangirling over ludacris. Yes we caught them on a ‘goody day’.

Karim, Matt, Nathan, Scott and Ben are talented and absolutely nuts, you really need to keep an eye on them, they’re going to be big.

A new single will be out in October and they have quite a few gigs booked this summer. Check out the nearest one on their website: http://conceptofficial.co.uk/

And now for the photo’s. Feast your eyes on these Connies!