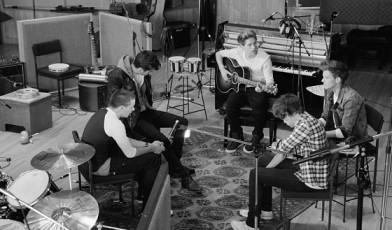 The Vaccines’ Justin Young has praised One Direction for their talent for songwriting.

Speaking to Digital Spy at Glastonbury, Justin Young said: “It was great. I’m a big fan of pop music and the art of songwriting. It was a really fulfilling experience,” he commented. “They’re really nice guys and more creative than many people would probably believe.

Justin had previously spoken of his experience working with One Direction saying they are ‘natural songwriters’.