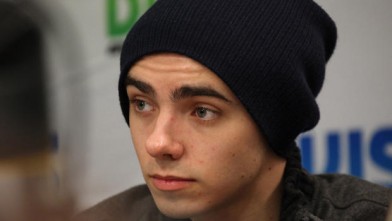 The Wanted star Nathan Sykes has claimed to have received death threats from One Direction fans even though he has stayed out of the feud between the boybands.

The spat between Max George and Zayn Malik of One Direction reached new heights when Zayn called Max “Chlamydia boy” on Twitter but Nathan kept a didstance from the war of words.

The 20-year-old told The Sun: “What’s surprising is I get death threats and I keep out of it.

“When I was having my throat surgery, I got tweets saying, ‘Hope the surgeon slits your throat while he’s at it.'”

Max also claimed to have been sent threats.

“I’m not from the most pleasant of areas, but I can’t remember talking like some of those kids do,” the Manchester-born singer added.

“Some of them are 10-year-olds that know ways of sadistic murder.”