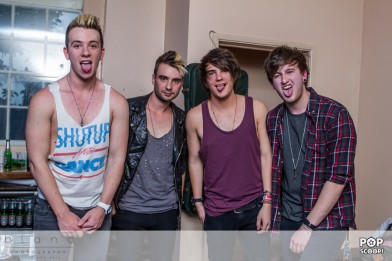 With a dedicated global fanbase, Pop/rock quartet  Room 94 already have an impressive track record; having sold out their headline tour in April and reached number 2 in the iTunes Rock Chart on their first single, they’re now back to do it all over again with their new single ‘Superstar’.

Having toured with the likes of District3, Lawson and Twenty Twenty, brothers’ drummer Dean, vocalist Kieran and guitarist Sean Lemon as well as bassist Kit Tanton from North London have gained support from District3 and Lawson themselves as well as thousands of fans around the world- they’ve certainly earned their quickly growing fanbase.

The band is no stranger to arriving to airports filled with hundreds of screaming fans, armed escorts, even fans chasing cars to get a glimpse of their beloved boys. A lot of this comes from the band’s strong online presence, posting lyric videos, ‘Day in the Life Of’ videos on YouTube and running meet and greet contests and TwitCams in order interact with their fanbase.

Writing about past experiences Room 94 is returning with relatable lyrics, pop style beats and strong rock riffs. The new single ‘Superstar’ is all set to better their previous record of no. 2 in the iTunes Rock Chart, no. 7 in the Independent Single Breakers Chart, no. 24 in the Independent Chart and 160 in the Official Top 200 as well as working on their already vast global following.

Catch the band on their European/UK headline tour ‘Three Brothers, One Kit’ this summer with a ‘Room 94: The Movie’ DVD documenting their adventures due for release this winter. 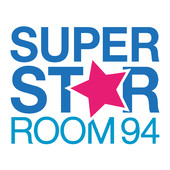