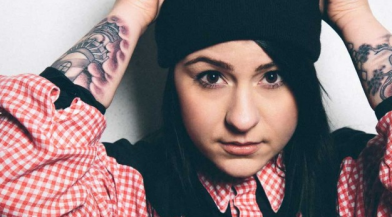 Lucy Spraggan has today announced her debut single ‘Lighthouse’ will be released through Columbia Records on July 1st and she will also embark on a nationwide tour this Autumn, including her biggest headline show to date at London’s O2 Shepherd’s Bush Empire on October 30th.

Co-written by Sam Preston and James Flannigan, ‘Lighthouse’ takes inspiration from Lucy’s journey across America at the age of 18 with just her guitar and a three month Visa. Playing shows and couch surfing, she travelled across 23 states with lighthouses helping to lead the way. Lucy explains:

“Lighthouses are my good omen. When I was in the US and stuff went wrong, when I’d miss the last bus or I’d run out of money, I’d always see a lighthouse on a piece of paper, beer bottle or in real life then things would start getting better.”

‘Lighthouse’ is an uplifting anthem laced with Lucy’s trademark charm and brimming with optimism. It’s a playful soundtrack for the good times, done in Lucy’s inimitable style.

Lucy will begin her tour of the UK on October 21st performing at cities across the country including Leeds, Sheffield, Birmingham and Manchester. This follows a recent string of sold out shows including two nights at the Borderline in London.

Before wowing audiences with her original compositions on the X Factor, Lucy worked as a magician, trained as a plumber and was a tour guide in a cave, all to support her as she continued to pursue her musical dreams. She is now busy working on her new album which will be released later this year.

Tickets on general sale from Friday 24th May – www.kililive.com/artists/lucy-spraggan 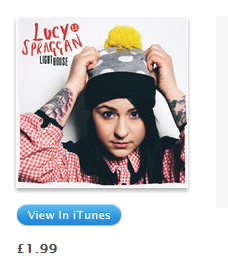