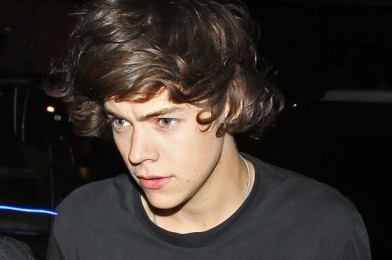 Harry Styles allegedly describes his brief relationship with Taylor Swift a ‘pain in the a**e’ in One Direction’s upcoming 3D movie, One Direction: This Is Us.

S singer, Taylor Swift, 23, and his other famous ex-girlfriends were also not so special according to Hazza.

“I think I’ve been unlucky in love so far. But then, I haven’t really met anyone who’s made the earth move for me.

“I’m longing to meet someone who really inspires me and makes me really want to spend time with them.”

This Is Us, which follows Harry, Niall Horan, Zayn Malik, Liam Payne and Louis Tomlinson, as they tour the world, is set to be released in August.

Harry split from Taylor in January after two months together.