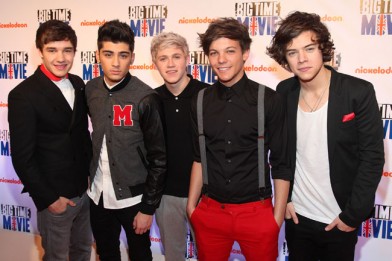 Institute of Directors (I.O.D.), Simon Walker, during the discussion had said: “I think it’s mad that members of boy band One Direction made £5m each last year.”

The Business Secretary is reported to have replied that “much of it is downright insensitive and grossly immoral”.

However it later emerged that Mr Cable was attempting to refer to the pay of chief executives rather than One Direction.

He later told Sky News: “I don’t want to attack One Direction; this is one particular group who are apparently very popular and very successful so I have nothing against them.

One Direction, made up of singers Zayn Malik, Niall Horan, Harry Styles, Louis Tomlinson and Liam Payne, made a total of £25 million last year.