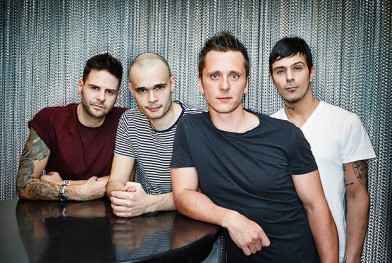 Boyband 5ive have asked themselves the question, Would One Direction be as big in America without Twitter that’s the question? Their conclusion was a unanimous NO!

Earlier today they chatted with Heat magazine and answered questions put forward by twitter followers, however, Twitter was a question they seemed to be interested in when they asked themselves a question suggesting that One Direction wouldn’t be as famous without it.

Speaking via video chat on heatworld, Scott said: “We didn’t have social media back in the day, we didn’t have Twitter, Facebook, web chatsnothing – we just turned up to places. Where as now you can be in room straight away with just one tweet”.

Sean then asked, “Would One Direction be as big in America without Twitter that’s the question?

“No. They. Wouldn’t,” Scott answered.

Are the boys right?, what do you guys think?

Check out their comments on One Direction at the 29:00 minute mark.