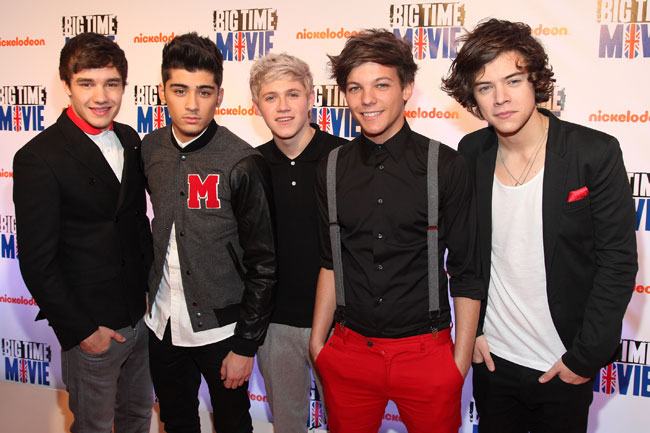 This past week One Direction took their Take Me Home tour to Ireland. The boys started their Ireland shows at The O2 in Dublin where they played 2 sold out nights.

Then travelling to Belfast where the boys played 4 packed shows at the Odyssey Arena before coming back to Dublin to play another 2 shows at The O2.

Irish born Niall Horan felt especially honoured  to sell out so many shows in Ireland and expressed on twitter saying “Dublin! Thank you so much for tonight ! Was class! Loved every second of it! U lot never let us down! I love my country!”

Throughout many of the shows Niall sported an Ireland ruby jerseys and multiple Irish flags showing his true pride to have such support from the country he was born and raised.

During a show Louis shared with the crowd “You guys really don’t know how much this means to Niall” which resulted in a little exchange of smile and hugs between the two boys.

Harry took to twitter to show his gratitude towards the Irish fans:

“@harry_styles: Dublin, once again you were amazing last night.. Thanks for having us .xx”

It looks like the boys have truly taken Ireland by storm and left thousands of screaming fans wanting more. Although the boys now take their tour up north with the next stop being Manchester.