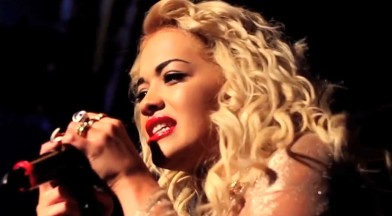 Sundown Festival has now revealed an addition to the first line-up announcement made yesterday – Rita Ora will be coming to perform the main stage at Sundown Festival 2013 on Saturday, 31 August.

Rita joins the already confirmed and previously announced line-up of main stage headliners Jessie J and Example, along with JLS and DJ Fresh, with Rinse and Hospitality hosting Stage 2.

Sundown Festival spokesperson, Dion Clements comments: “Being able to announce we’ve added the amazing Rita Ora to the line-up at Sundown Festival 2013, along with Jessie J, Example, JLS and DJ Fresh having already been announced, is just awesome! Rita’s another big artist who brings a real buzz with her”.

Sundown Festival will take place at the Norfolk Showground on Saturday 31 August & Sunday 1 September. For more information, or to book tickets for the event, visit www.nationalboxoffice.co.uk, or call 0871 224 1112 / 1113.

All ticket types are on sale from 10am, Friday, 8 February – tickets, booked in the first 48-hours only, can be snapped up at the same price as last year.

More details on uprated camping, additional artist announcements and the Warehouse parties will be announced in due course.