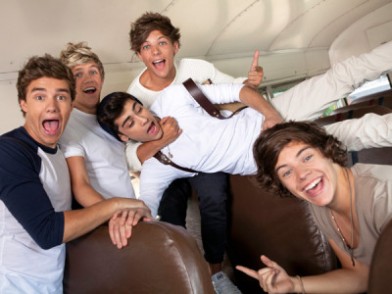 One Direction have signed a new contract with Sony to ensure that the boys stay together for at least another three years.

According to The Sun, the contract outlines that if one or more of the lads decides to leave during that time period, each member will receive less money than originally stated.

A source told The Sun: “It’s a really clever contract that the boys have signed up to. It means they have a real incentive to tough it out and stick together.

“The formal length is for 36 months and an album a year – but the clever part is they get the big pay day after the three years.

“If one of them walks away before then, then all five miss out on the money. They don’t miss out on a few quid either, we are talking millions.

“They all get on really well, but it would be the kind of deal that would see them through the worst aggro possible.”