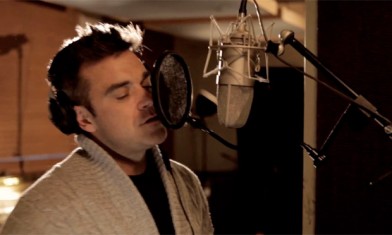 The Justice Collective’s Hillsborough tribute cover of ‘He Ain’t Heavy, He’s My Brother’ has landed the top spot on the Official Christmas Singles Chart today with sales of over 269,000.

The campaign has beaten off competition from X Factor winner James Arthur’s Impossible, racing across the finish line over 45,000 copies ahead of their rival. Last week’s chart topper Arthur has had another huge week of sales, shifting a further 224,000 copies in its second week to bring its tally to 713,000 since release.

The all-star group, The Justice Collective, featuring a host of well known faces including Robbie Williams, Mel C, Rebecca Ferguson, Paloma Faith and Holly Johnson, are raising funds and awareness for the ongoing legal battle of the families of the Hillsborough tragedy.

Emeli Sandé’s ‘Our Version Of Events’ takes the No.1 album spot for Christmas racking up sales of 178,000 of her debut album.