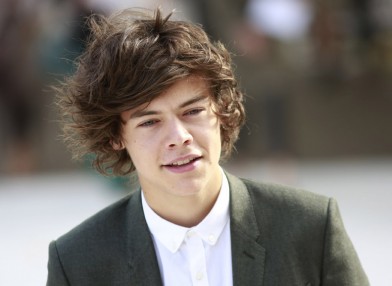 One Direction heartthrob Harry Styles is rightfully concerned after receiving vicious hate mail that also targets his Mum and his sister.

According to the Daily Record, his mum Anne Cox, 45, and sister Gemma, 22, have become so worried by the threats that they have called in the police.

A source told the paper: “Harry has got used to receiving idiotic messages from jealous people.

“But he absolutely hates the thought that his mum and sister are now being used by warped individuals to get at him.”

In one of the messages sent to Harry’s sister at his home in Cheshire, the writer said he hoped her brother would “commit suicide or it would be funny if he got cancer”. It added: “He should die.”

A source close to the 18-year-old star said: “Harry doesn’t take hate very well. He really takes that sort of thing to heart.

“He doesn’t understand why they hate him. He’s upset because he doesn’t know what he’s done.

“Harry tries not to care but he just can’t help himself.”

When asked about the threats, Harry’s mum said: “I can’t comment about that, sorry.”