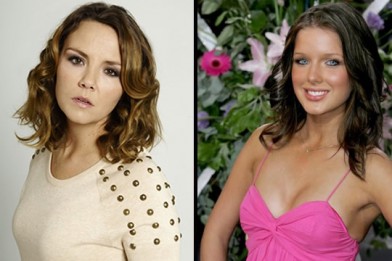 It looks like Janine Butcher and Rosie Webster will be battling it out in the Jungle in the new series of ‘I’m A Celebrity… Get Me Out of Here!’

Ex-‘Coronation Street’ babe Helen Flanagan – who played Rosie Webster in the soap and Charlie Brooks -Janine Butcher in ‘EastEnders’ have both been named by People newspaper.

Actor and former wrestler Dwayne ‘The Rock’ Johnson is also rumoured to be taking part but is yet to be confirmed.

An insider at ITV revealed producers are happy with this year’s choices.

They said: “Producers are delighted with this year’s line-up. They feel that there is a really good mix. They’ve been trying to find the right celebrities for a few months now and are pleased with who they have selected.”