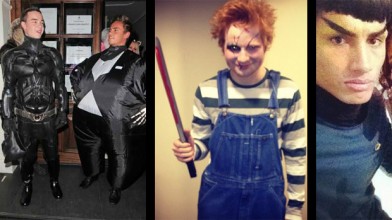 A number of celebrities got into the Halloween spirit last night with some pretty amazing costumes and make-up. 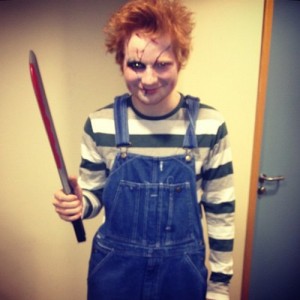 The ‘Lego House’ Tweeted: “Tonight Matthew, I’m gonna be Chucky. Wanna play?” Ed tweeted with a shot of him in character. “Worked out this is my biggest headline gig to date, and I’m doing it dressed in Halloween costume. Epic. 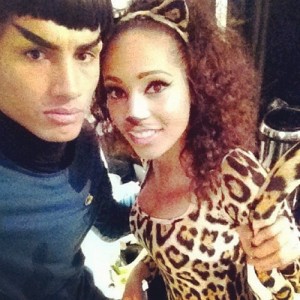 The ‘Glad You Came’ star shared picture on Twitter.

He posted: “Happy Halloween! nare-esha (Little Leapord) and I (Spock).”

Earlier in the week, One Direction’s Liam Payne and Olympic gold-medalist swimmer Tom Daley paid tribute to the ‘Batman’ movies by dressing up as the hero and villain. The two heartthrobs attended a Halloween party at the nightclub Funky Buddha in London on October 28. Payne was dressed as Batman (his favorite superhero) and Daley was dressed as the Penguin. 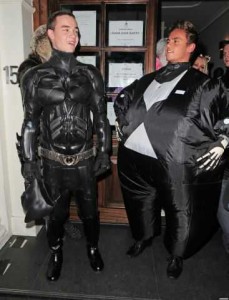 The Kardashians hosted a Halloween party in Miami with Kim Kardashian and the normally shy Kanye West going all-out as Batman and catwoman. 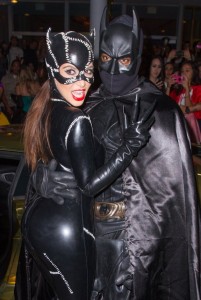