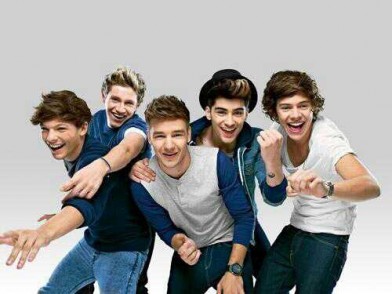 One Direction have revealed that they want to split for ten years, then make a massive Take That style comeback.

The boys – Liam Payne, Niall Horan, Harry Styles, Zayne Malik and Louis Tomlinson are one of the biggest selling groups in the world and are only on their second album. Desipte this, they feel they will be around for a while.

Speaking to The Mirror, Niall explained: “We want to be like Take That or Gary Barlow – take 10 years out and then come back.”

The Irish heartthrob’s coments come after former Take That star Robbie Williams said he thinks Harry Style has what it takes to make it as a solo singer.

He told The Metro: “I remember being 21, seeing George Michael, who’s ten years older, and thinking, ‘There’s a vacancy there’.

“So there must be a Harry Styles looking at me, going, ‘He’s over the hill now’.”

Niall also spoke about the new single ‘Little Things’, saying: “We heard the new song and said, ‘Yeah, that’s a cracker, we want it’.”

Speaking about the upcoming video for the song he said: “For the video, we just kind of sit around the studio and act like we’re recording.”