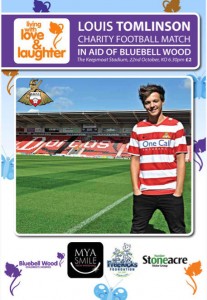 Fellow bandmates Harry Styles, Niall Horan and Liam Payne were also cheering him on from the sidelines.

Niall tweeted a picture of the crowd, saying “Highest pitched football crowd ever.” 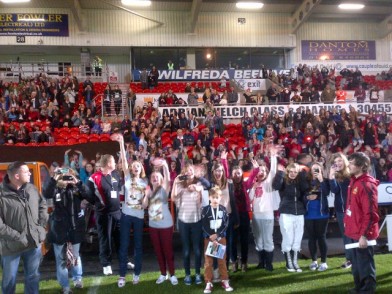 Earlier today Louis tweeted from his official Twitter account, “The big day today I’m nervous. Anyone who wants to come to the game that doesn’t have a ticket don’t worry you can pay on the turnstile.”

The football match was in aid of the Bluebell Wood Children’s Hospice, a charity that Louis is a patron for. Over 8,500 tickets were sold in advance.