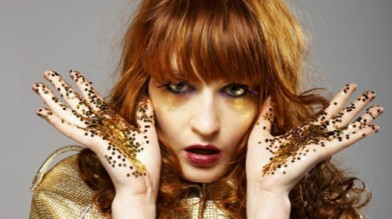 Scottish DJ and producer Calvin Harris topped the British music charts on Sunday with the dance track ‘Sweet Nothing’, a collaboration with the singer Florence Welch.

On the album chart, the incredibly talented Jake Bugg went straight to Number 1 with his debut album.