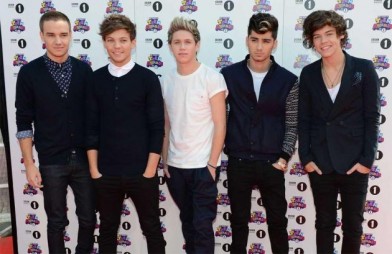 Teen heart-throbs One Direction’s new single Live While We’re Young hit the US number 1 spot, with the fastest-selling single by a UK act.

Live While We’re Young sold 341,000 copies in it’s first week, the biggest ever for an overseas act.

The record comes as the group failed to top the UK charts, making it to number three, with Rihanna taking the number one spot with Diamonds. The single expected to drop out of the top five of the Official Singles Chart on Sunday.

The band were thrilled by their latest US success. Niall Horan said: “We’re so happy with the success of the single in the USA and can’t wait for everyone to hear our new album. Thank you to all the fans once again.”

The single has also proved a popular draw online. The promo for the single became the most viewed video within 24 hours breaking Justin Biebers previous record.