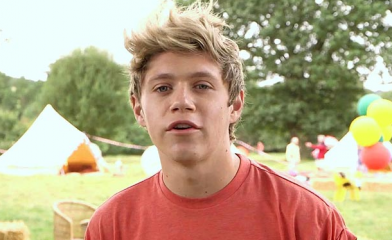 One Direction’s Niall Horan gave a teenage fan the best present ever — by filming a special video message for her 16th birthday.

Melana Butera from New York received the video message after her older sister Julianna, 20, featured her in an online video campaign in the hope that the boys would reply.

To her surprise, Niall responded with his own video message, saying: ‘I’ve seen your video, it’s absolutely incredible. Sorry we can’t come to see you.

He then added: ‘You’re a massive fan we know, thank you so much for the support. All the love from the boys, see you soon.’

How nice can these boys get? Watch the video below