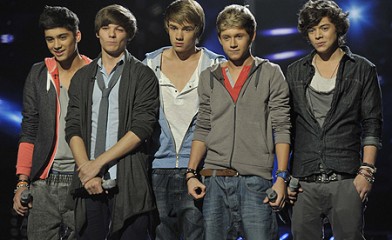 The One Direction lads have reportedly declined an offer by Simon Cowell to mentor contestants on the show because don’t think they are inexperienced.

Louis Tomlinson told The Sun newspaper: “We don’t feel like we are in a position to be giving strong advice.”
Simon Cowell is said to have wanted The boys to come in and help save the show in the light of the recent poor rating however, have politely declined his offer.
The heartthrobs recently appeared on the Australian version of the series.
Harry Styles said the group really enjoyed being guest judges on the Australian ‘X Factor’, saying the experience was “really cool and fun”.