Master KG ft. Nomcebo global hit ‘Jerusalema’ is shaping up to be a huge UK hit 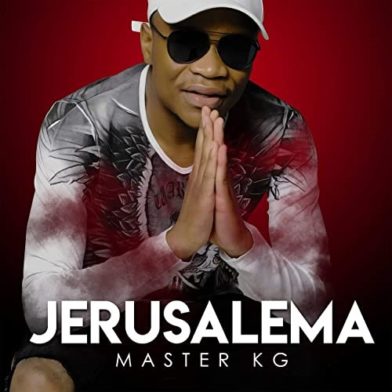 People all over the world are falling under the spell of Master KG’s infectious breakthrough single ‘Jerusalema’. Originally released in his home country of South Africa, ‘Jerusalema’ has taken on a life of its own, its irresistible feelgood vibe being discovered the world over.

The song’s international discovery has been powered by the #JerusalemaDanceChallenge, which has seen over 6 million videos uploaded to TikTok and Instagram featuring people sharing their take on the song’s joyous dance. Cristiano Ronaldo’s video has now accumulated over 20 million views.

While ‘Jerusalema’ is long established as a viral sensation (180 million views at TikTok plus 150 million at YouTube), the track has only recently been added to streaming services. And it’s already flying, hitting #1 on the Global Shazam Chart, #16 on Spotify’s Global Viral chart and rapidly climbing airplay charts everywhere. That organic growth has been boosted by a remix which features the Grammy-nominated Afro-fusion star Burna Boy and has been added to Kiss FM, Capital Xtra, 1Xtra and Kiss FRESH. Listen HERE.

It only takes one listen to discover why ‘Jerusalama’ is making such a big impact. From its sun-kissed beat to the sweet vocals from featured artist Nomcebo, it’s an immediately uplifting antidote to the challenging times we’re experiencing. That atmosphere resonates in the official video too, with Master KG and Nomcebo’s performance inspiring carefree dance moves from the community around them. Recorded in the Zulu language, it translates as a gospel-style message: “Jerusalema is my home / Guard me, walk with me / Don’t leave me here.”

“It is so wonderful to see the love from all over the world,” said Master KG.“I used to dream of such moments when I was still underground and starting to make music.”

Raised in Calais in the northern South African province of Limpopo, Master KG first came to attention with his 2018 track ‘Skeleton Move’. It set him on course to win Best Artiste, Duo or Group In African Electro at the All Africa Music Awards (AFRIMA); the SABC Summer Song; Best Dance Song at the Limpopo Music Awards; and Best Male Artist South African at the African Muzik Magazine Awards 2019.