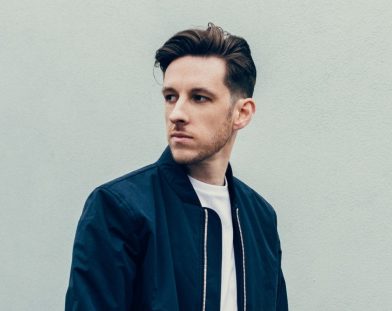 The Big Feastival, proudly presented by M&S Food, returns to the Cotswolds this summer from 28 – 30 August with an incredible line-up. Now in its ninth year, the Bank Holiday Weekend extravaganza has become renowned for delivering music of the highest calibre, world-class chefs, award-winning street food and an unrivalled programme of family entertainment.

The Big Feastival will kick off in party style on Friday night with a headline slot from platinum-selling DJ Sigala. The BRIT nominee has over eight million worldwide sales and six platinum singles including huge hits such as Wish You Well, Came Here For Love and Just Got Paid. On Saturday night the festival is honoured to welcome the king of funk with a headline slot from Nile Rodgers & CHIC. Their unrivalled career spans more than five decades, they’ve amassed 500 million album sales and are responsible for timeless hit singles such as Le Freak, Good Times and I Want Your Love. In addition to their own classics the crowd will also be treated to huge hits that the band and Nile Rodgers have been involved with over the years including We Are Family, Let’s Dance and Get Lucky. The festival will come to an unforgettable close on Sunday night with Rory Graham p.k.a Rag’n’Bone Man, one of the most exciting acts to have emerged from the British Music scene in recent years with singles including Human, Skin and Giant (with Calvin Harris). His 4x platinum album Human was one of the fastest-selling debut albums by a male act during the 2010s and received international and critical acclaim; reaching number one in eight countries and securing Graham three BRIT Awards.

Also confirmed to perform is Swedish pop sensation Zara Larsson who has had a string of top ten hits both as a solo artist and a featured artist including Lush Life, Never Forget You and the massive number one hit Symphony with Clean Bandit. Tom Walker will also be joining the bill: the British singer-songwriter had an incredible year last year with a debut number one album and top ten singles Just You And I and Leave a Light On. Brighton born pop singer-songwriter Maisie Peters, Rock Band Reef, pioneering DJ of Soul, Disco, Funk and Hip Hop Norman Jay M.B.E, Big Feastival favourites The Cuban Brothers, The X Factor: Celebrity runners up Max and Harvey and local heroes Duke are also set to perform. Radio 2’s Jo Whiley and CBBC’s Lindsay Russell are confirmed to host the main stage.

The Big Feastival has also revealed the acclaimed chefs that will be bringing their awe-inspiring masterclasses to the culinary stages. There’s no chef more renowned than Marco Pierre White, the youngest and first British chef to be awarded three Michelin Stars, who is revered the world over for his trailblazing career. Mark Hix is also confirmed: the celebrated chef, restaurateur and food writer has been at the forefront of British Gastronomy for 17 years and earnt an MBE in 2017 for his services to hospitality.

Also taking to the Big Kitchen stage is Asma Khan, named number one on Business Insider’s 2019 list of 100 Coolest People in Food and Drink: the Indian-born British chef is famed for her refined Indian dishes. She was the first British Chef to star in Netflix’s award-winning Chef’s Table and owns Soho’s Darjeeling Express restaurant. Tom Brown, the chef behind AA’s 2019 restaurant of the year; Hackney’s Cornerstone, Matt Tebbutt, well known for presenting the likes of BBC’s Saturday Kitchen and Channel 4’s Unwrapped and Anna Haugh, the Dublin-born chef that has worked with the likes of Gordon Ramsay and Shane Osborn and opened her first restaurant in 2019, also joins the line-up. Merlin Labron-Johnson who was awarded a Michelin Star when he was just 24 years old, Great British Menu finalist Ellis Barrie and award-winning Ukrainian chef Olia Hercules are also confirmed. Simon Hulstone, owner of Torquay’s The Elephant which has held a Michelin star since 2004, food writer and TV chef Ching-He Huang, Paul Dodd of the esteemed Caffe Rojano in Padstow, Cornwall and Jemima Jones and Lucy Carr-Ellison the duo who founded upmarket catering company Tart and recently opened London’s Wild By Tart restaurant, will all be cooking up delicacies. Also, 11-year-old restaurateur & vegan entrepreneur Omari Mcqueen and father and daughter team Kitty & Alex Tait from The Orange Bakery will be representing the next generation of emerging talent on The Big Kitchen stage.

The Big Feastival boasts the very best in family entertainment across the weekend: there is guaranteed to be something to keep even the smallest festival-goers entranced. This year they can enjoy a festival favourite, Children’s TV Megastar Justin Fletcher, who’ll be bringing his mix of fun and frivolity to the main stage, Horrible Histories: Barmy Britain Part Five direct from the West End, interactive storytelling and theatre games from the Royal Shakespeare Company and Roald Dahl and The Imagination Seekers. Creative workshops include Royal Albert Hall presents Albert’s Band & Jazz Club for Kids and Aardman Animations.

With so much more across the weekend this year’s Big Feastival promises to be the most fun-filled weekend of the summer! For full information on the music, food and family programmes and to purchase tickets, visit:
www.thebigfeastival.com