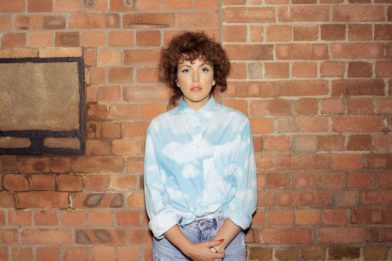 Attendees can expect an insight into today’s rapidly evolving industry through AMP’s conference as it aims to spotlight inspiring topics that will ignite conversations surrounding the landscape of the industry and highlight what’s going on behind the scenes that will shape the future. There is also the opportunity to ask questions and network with key music players throughout the day. On the conference day, Annie Mac explains:

“This music industry of ours is changing rapidly, artists are taking control of their careers. The independent path has proven viable and streaming has democratised the consumption process, making commercial success up for grabs to anyone who wants to give it a go. It’s a really exciting time.

There are still, however, huge sticking points for me; the conservatism when it comes to gender representation; the lack of diversity through the top tiers of the industry; the lack of systematic procedure to protect artists when it comes to mental health; and the urgent need for action on the industry’s contribution to the environmental crisis. Come and join us, there is still much to discuss!”

AMP London are also delighted to announce that TikTok is one of their official partners and Head of Music Operations UK, Paul Hourican will be speaking at the conference. He states: “Annie’s commitment to music discovery and her support of emerging talent in the industry is inspiring; TikTok is proud to be partnering with and supporting AMP London. Music is a special part of TikTok’s creative DNA and is an exciting vehicle for songs and emerging artists to gain exposure and connect with new audiences.”

The full list of topics and speakers are below:

TIKTOK TO THE TOP: HOW TO GET AHEAD IN DIGITAL TRENDS
Moderator TBC
Paul Hourican – Head of Music Operations UK, TikTok

INSIDE THE INDUSTRY WITH DAVID JOSEPH: A KEYNOTE INTERVIEW WITH THE CHAIRMAN & CEO OF UNIVERSAL MUSIC UK
Moderated by Annie Mac