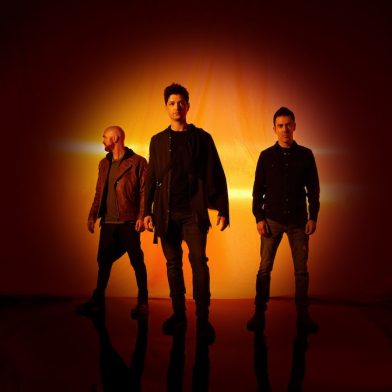 Having returned earlier this year with the emotive, stadium-bound first single ‘The Last Time’, their sixth studio album ‘Sunsets & Full Moons’ was released on Friday (8th November) and is set to continue the success of their previous LPs, with the band having clocked up an incredible four UK Number 1 albums.

The arena-filling band will open the summer season at Newmarket Racecourses on Friday 19th June 2020, with hits including ‘The Man Who Can’t Be Moved’, ‘Hall of Fame’, ‘For The First Time’ and ‘Superheroes’.

Danny O’Donoghue, The Script, said
‘Guys, we’re really excited to be headlining Newmarket Racecourses on the 19th June, it’s going to awesome. We shall see you there!’

Sophie Able, General Manager of Newmarket Racecourses, said
‘Following the announcement of McFly as our Summer Saturday Live headliner earlier this week, we are thrilled to announce that The Script will be making their Newmarket Nights debut on Friday 19th June. The Script are renowned for their spectacular live show and we can’t wait to welcome them to the July Course next year.’

The Jockey Club Live are leading promoters on the UK live scene, delivering spectacular line-ups of some of the hottest chart talent and legendary household names to some of the world’s most famous racecourses. Summer Saturday Live and Newmarket Nights are a staple in the region’s social calendar and each year hosts tens of thousands of fans of live music. Past headliners have included Kylie, George Ezra, and Little Mix.

The events are renowned for combining a fun-filled evening at the races with a spectacular evening concert in the informal and relaxed open-air setting of the hallowed turf. Newmarket Nights won the ‘Best Event for Groups’ at the prestigious 2018 Group Leisure & Travel Awards.

The Jockey Club racecourses have world-class customer facilities, featuring an array of award-winning restaurants that cater for all tastes, from fine dining through to delicious bistro food. The Jockey Club’s racecourses welcome over 2million people a year for some of the UK’s biggest racing events so you can be sure a fantastic evening.

Tickets will be on sale at 8am on Friday 22nd November via thejockeyclublive.co.uk, with a presale available to customers at 8am on Wednesday 20th November. Tickets are priced starting at £39.20 (inclusive of fees). All T&C’s are available on newmarket.thejockeyclub.co.uk. There will be hospitality packages available to suit all budgets.

Tickets for McFly at Summer Saturday Live on Saturday 29th August are on sale now via thejockeyclublive.co.uk.