‪Ed Sheeran’s ‘No.6 Collaborations Project’ out now! Plus, catch exciting interview from the man himself. 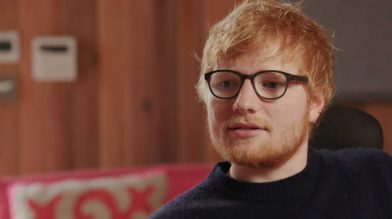 This album features the No. 1 single ‘I Don’t Care’ with Justin Bieber. This fun and feel good track marks the third collaboration for the pair. The LP also has the song ‘Cross Me’ featuring Chance The Rapper and PnB Rock. The latest single from the LP is rock anthem ‘Blow’ with Bruno Mars and Chris Stapleton.

No.6 Collaborations Project by Ed Sheeran

Preview, download or stream No.6 Collaborations Project by Ed Sheeran

Sheeran also shared an in-depth video interview to celebrate the new release. This was filmed at his home recording studio with Charlemagne Tha God. In the interview, Ed reveals a story behind each song and collaborator, his career and so much more!

You can watch the interview below.

If the singles so far are anything to go by, expect a collection of very exciting and creative collaborations on the ‘No. 6 Collaborations Project’ that cover multiple genres and sounds.