Taylor Swift has broken another Vevo record – ‘ME!’ is the fastest video to reach 100 million views 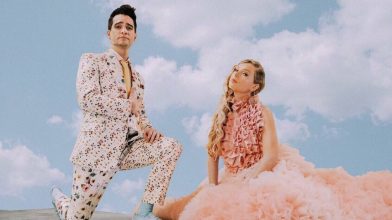 On Sunday, Vevo confirmed that “ME!” had broken the 24hr Vevo record and today, Vevo can confirm that Taylor Swift’s video is now the fastest video to reach 100M views.

The video for “ME!” featuring Brendon Urie of Panic! At The Disco eclipses records formerly set by Ariana Grande’s “thank u, next” and Taylor’s very own “Look What you Made Me Do”.

Taylor Swift – ME! (feat. Brendon Urie of Panic! At The Disco)

This feat was managed in 79 hours following the release of the video on Friday, April 26th.

JP Evangelista, Vevo SVP of Content, Programing & Marketing said, “Taylor has consistently demonstrated the ability to break records on Vevo. She continues to expand upon a deep history of incredibly striking audio-visual work. Likewise, director Dave Meyers continues a storied career as one of the premier music video directors in our industry. On behalf of the Vevo family, we congratulate Taylor Swift & Republic Records on yet another historic accomplishment.”