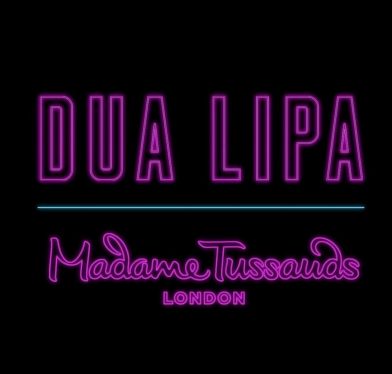 Dua Lipa has announced that she is set to join the line-up of famous faces at Madame Tussauds London.

The princess of pop revealed the exciting news to her 24 million Instagram followers, posting: “Keep a look out, I’m getting my very own figure at @MadameTussauds this year! Excited for you all to seeee my body double that will now be taking all my bookings for private events”.

Madame Tussauds London is remaining tight-lipped on details about Dua’s figure and the experience that will accompany it at the world-famous attraction. Fans can rest assured that the big reveal will Blow Your Mind as the Grammy Award nominee has been involved in the creation of the figure from the start.

Steve Davies, General Manager at Madame Tussauds London, said: “We couldn’t think of a better way to kick off 2019 than by announcing the impending arrival of the UK’s biggest selling female artist. Dua Lipa has just had a ground-breaking year and it’s time for us to celebrate our fellow Londoner. We’ve got something very special planned that we know Dua’s fans will love.”

Fans should keep an eye on Madame Tussauds London’s social channels over the coming weeks for further news on the hotly anticipated arrival.