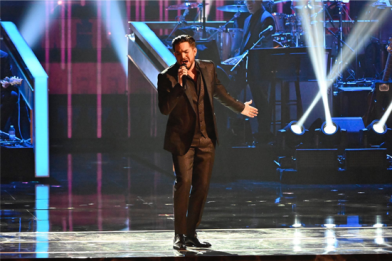 Adam Lambert performed a stripped-back rendition of Cher’s 1998 hit ‘Believe’ at the 41st annual Kennedy Center Honors. The tribute to the music icon – who watched tearfully from the audience – went viral worldwide, talked about everywhere from Rolling Stone to People, the Independent to Daily Mail. Watch below!

The orchestra-backed performance saw Adam transform the song into a powerful ballad, closing with his signature falsetto and a standing ovation.

Cher tweeted: “Tried 2 write Feelings About Adam Lambert Singing Believe In Words, but Cant seem 2. When Your senses are Overwhelmed All Can you feel with your ❤️.” Adam retweeted the comment, adding: “It was a total honor @Cher!!!! You’re a goddess!” The video and interaction became a UK and US Twitter ‘Moment’, additionally trending on Facebook.