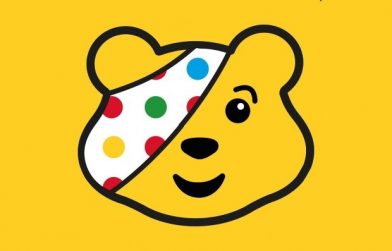 On Wednesday 7 November 2018, BBC Studios will stage BBC Children in Need Rocks 2018, an unmissable concert taking place at The SSE Arena, Wembley, featuring a glittering line-up of some of the biggest names in music. They will be performing current tracks as well as a surprising cover or one of their classic hits. The spectacular show is in aid of BBC Children in Need and tickets are available now.

The concert, produced by BBC Studios, will be hosted by Fearne Cotton and Clara Amfo whilst stars George Ezra, Jess Glynne, Nile Rodgers & CHIC, Olly Murs, Rita Ora, Sir Rod Stewart (and more names to be announced) will perform to thousands in the arena and millions at home when the show is broadcast at a later date on BBC One.

Fearne Cotton, co-Presenter of BBC Children in Need Rocks 2018, said: “BBC Children in Need Rocks 2018, what a line up! I am so excited to see these incredible musicians perform back to back for one night only. It’s going to be an electric night, and it’s all in aid of a good cause. I can’t wait to be part of it and I’d encourage everyone, everywhere, to don their dancing shoes and join me!”

Clara Amfo, co-Presenter of BBC Children in Need Rocks 2018, said: “I’m delighted to join Fearne and your favourite artists for Children in Need Rocks this year. Money raised truly does help change the lives of disadvantaged children and young people throughout the UK, so get your tickets and join us for a special night!”

BBC Children in Need is currently supporting 2,700 projects in communities across the UK that are helping children and young people facing a range of disadvantages such as living in poverty, being disabled or ill, or experiencing distress, neglect or trauma. A number of films which share just some of the stories from children and young people who are supported by projects funded by BBC Children in Need will feature in the broadcast. Viewers of the show will be invited to donate to help raise money for the charity and all proceeds after costs will benefit BBC Children in Need.

Simon Antrobus, Chief Executive of BBC Children in Need, commented: “We are overjoyed to be bringing BBC Children in Need Rocks 2018 to The SSE Arena Wembley for what’s set to be an unforgettable night. I’ve no doubt the amazing line up will wow the audience and viewers alike. Money raised on this wonderful night of entertainment will help us support children and young people facing disadvantage in communities up and down the UK. So, please pick up your ticket today via www.bbc.co.uk/Pudsey, all the money raised really does go on to help make a difference.”

Tickets are now on sale via www.bbc.co.uk/Pudsey and are priced from £25 each.

The concert will be broadcast on BBC One in the run up to the annual BBC Children in Need Appeal (date and time yet to be announced).