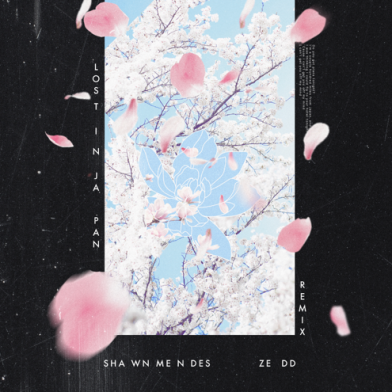 Multi-platinum singer-songwriter and Global Superstar Shawn Mendes has teamed up with multi-platinum, GRAMMY award-winning artist, DJ & producer Zedd to release a new remix for his latest single “Lost In Japan” via Island Records. Listen to it here!

Shawn and Zedd teased the remix and artwork throughout the week, leading up to the song’s release today. “Lost In Japan” is now the official 2nd single from Shawn’s self titled 3rd album, following smash hit “In My Blood,”. The original version of the song has so far garnered 200M global streams.

Coinciding with the remix, Shawn & Zedd released a visualizer which can be seen here!

“When we decided to make Lost In Japan the next single, I wanted to do an exciting remix for the song, and with Zedd being a good friend and such an amazing artist, it felt natural to ask him to collaborate on it. What he did with it is so incredible and I’m so excited for the world to hear it”

“I was really excited when Shawn asked me to work on a new version of “Lost In Japan”. I tried to fuse both of our worlds together and bring us both to a place we wouldn’t have gone to by ourselves,” shares Zedd, “It’s my favorite song from the album so it was super fun to put my own touch to it.”

Tonight, Shawn will perform the song on The Tonight Show Starring Jimmy Fallon & is also set to perform this weekend at New York’s Global Citizen Festival.

Get the song here: