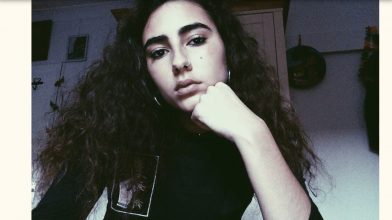 Give Me No Love is the new release by Maya Law in collaboration with beatmaker Gabriel Gifford (Harvey Causon).

The track is a jazzy, late night beat with a lyric that is both fierce and nakedly confessional.

Maya doesn’t hold back in this autobiographical tale of love and loss, her lyrical flow and distinctive “voice”  resonates with her devoted female following, and tells the subect of the song exactly how it is..

Give Me No Love (Prod. Gabriel Gifford) by maya law

Stream Give Me No Love (Prod. Gabriel Gifford) by maya law from desktop or your mobile device

Give Me No Love follows Full Circle and is part of a series of self released tracks Maya is releasing over the first 6 months of 2018.

The next single Breeze will be released at the end of May.

Maya has been performing and writing since she was 15 .

After her early self recorded demos got some support from BBC Introducing, she released the Her and Him EP with  the producer Allergy Kid (Gabriel Gifford).

This collaboration got support from BBC Introducing/1xtra, Radio 1 and Radio 2  as well as getting favourable attention on industry tastemaker sites like The Tipping Point and Record of the Day.

Maya has grown up a fan of Lauryn Hill and Amy Winehouse, and her vocal has a similar depth and knowing edge.

She sings with a vocal style beyond her years, mature in sound and content and even a little world weary and heartbroken.

Her live set currently consists of guitar and her rich, soulful voice underpinned by Gabriel Giffords softly compulsive beats delivered on an old school ghetto blaster with This Machine Kills Fascists scrawled across it.

Maya has previously supported Loyle Carner, Mullally, Natty, Liam Bailey, Akala, and has upcoming shows in support of her new release including supports with Yassasin, Akala and James Vickery as well as playing the Southbanks’ Women of the World Festival and a BBC Introducing Big Weekend Fringe show.

Her summer is filling up with festivals including slots at Latitude, Jimmys’ Festival,  Sundown and XP+ .