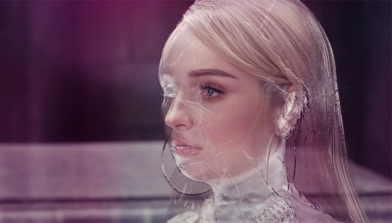 Kim Petras has launched the music video for her latest single ‘Heart to Break’. This delectable pop fantasy sees Kim reimagined as a modern day Disney princess finding her dream man. The video is directed by Nick Harwood, who has collaborated with SOPHIE and Blood Orange, as well as Kim on her last video ‘Faded’ (featuring Lil’ Aaron), which has over 1.2 million views to date.

Kim has clocked up over 23 million streams on Spotify since her debut last summer with the infectious, bubble-gum pop anthem ‘I Don’t Want It At All’ (#1 on Spotify’s Global Chart). Her latest offering ‘Heart to Break’ has amassed over 5 million streams so far and continues to earn her new fans. She has been tipped as the pop force to watch for by the likes of Noisey, NME, FADER, Music Week, i-D, Gay Times, The New York Times, and many more.

Kim has also just announced her first UK show at Courtyard Theatre, London, on 25 May. Tickets go on sale tomorrow 9am BST via livenation.co.uk. She will also be performing at Birmingham Pride’s main stage on 26 May and G-A-Y Heaven, London, on the same day. Kim was invited by Charli XCX to perform at her New York show last month, where she hailed Kim as “the future of pop”. The pair recently collaborated on Charli’s track ‘Unlock It’ with Jay Park, taken from her POP2 mixtape.

Kim is one of a few artists championed by Spotify’s exciting emerging artist program RISE, designed to identify and break the next wave of music superstars through Spotify’s unmatched cultural influence and 140+ million music fans. In the past year, Kim has released a string of singles independently. In addition to ‘I Don’t Want It At All’, there is: ‘Faded’ (featuring Lil Aaron), ‘Hillside Boys’, ‘Slow It Down’, ‘Hills’ featuring Baby E, and a live acoustic cover of The Killers’ ‘Human’.

Born in a small town outside Cologne, Germany, Kim grew up obsessed with pop music icons Britney Spears, Spice Girls, Cyndi Lauper and Boy George, which had a profound influence on her songwriting finesse. Kim is also transgender and made headlines around the world when she became the youngest person to ever undergo gender reassignment surgery at age 16.