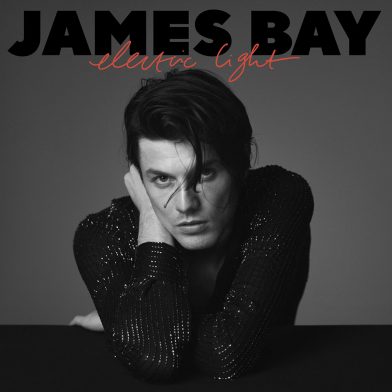 James Bay will release his much anticipated second album, Electric Light on Friday 18th May via Virgin EMI. The follow up to his internationally acclaimed, multi-million selling, BRIT and Ivor-winning, triple Grammy nominated debut, Chaos & The Calm (2015), the album’s release will be accompanied by newly announced UK tour dates including a London show at The Roundhouse on 29th May.

After selling out his London show in minutes, as well as his US spring headline tour, Bay now announced details of a run of UK dates to coincide with the album release, as well as an expanded North American tour later this year. Fan pre-sale for these newly added shows will begin on Wednesday 14th March at 10am local time, with the public on-sale taking place on Friday 16th March at 10am local time. Fans can gain access to pre-sale tickets with any purchase from shop.jamesbay.com. For all tickets, go to: www.jamesbay.com.

Aspiring to push his own musical boundaries with Electric Light, Bay notes: “If I had to describe my first album visually it would probably be a flame – while this new album is about a real sonic and artistic evolution for me. The feeling of a 100 watt bulb expanding and brightening is what I envisioned. Electric Light came to my mind and I knew it was perfect.”