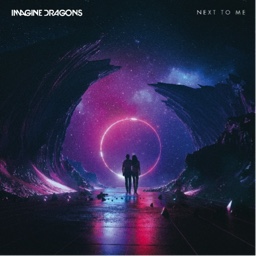 Today multi-platinum, GRAMMY® Award-winning band Imagine Dragons release a brand new single entitled “Next To Me” via KIDinaKORNER / Polydor Records, and also reveal summer US dates for their Evolve Tour.

Imagine Dragons – Next To Me (Audio)

“Next To Me,” produced by Alex Da Kid, was today’s World Record with Zane Lowe on Beats 1.

The song is the first new music released from Imagine Dragons since Evolve, the band’s 2017 platinum- selling third album.

Evolve has sold over 100K copies in the UK with the album debuting at #3 and spending eight weeks in the UK Top 20.

Known for their incredible live shows, which have seen them sell out arenas worldwide as well as performing to massive crowds including Glastonbury, Reading/Leeds, Big Weekend and many more, Imagine Dragons play: