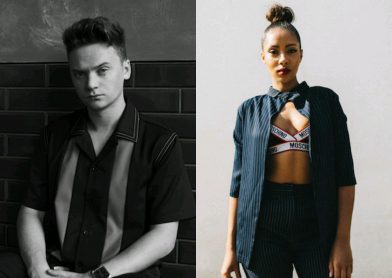 On the 21st February at 8pm GMT, viewers from around the world will be able to experience the biggest music event of the year as YouTube joins forces with The BRIT Awards 2018 with Mastercard as the event’s official live streaming and video partner for the fifth consecutive year.

Hosted by Jack Whitehall, the 38th BRIT Awards with Mastercard will take place at The O2, London and music fans around the world can tune in at youtube.com/brits to watch this spectacular event. The live stream will be available in YouTube territories outside the UK, including across Europe, North and South America, and large parts of Asia, Africa and the Middle East.

The BRIT Awards is the premier showcase for British music, and extending the show’s global reach means that it will introduce exciting new talent such as Dua Lipa, Rag’n’Bone Man, Stormzy and Jorja Smith to more international viewers than ever before. They will join established stars including Ed Sheeran, Justin Timberlake and Rita Ora in front of what we hope will be the largest-ever global audience for the BRIT Awards.”

“Britain produces some of the most boundary-pushing and creative artists out there right now. That’s why I’m excited that fans all around the world can watch The BRIT Awards live on YouTube to catch performances from incredible stars like Dua Lipa and Stormzy, while getting behind-the-scenes access from YouTube sensation Conor Maynard. The show is going to be massive – we’ll see you there.”

This year’s live stream hosts are UK artist and YouTube sensation Conor Maynard and BBC Radio 1Xtra DJ Yasmin Evans. With almost 7 million followers subscribed to his channel and individual videos racking up between 20 million to 100 million views, who better to present the YouTube live stream than music star Conor Maynard. Stockport born Yasmin Evans began her radio career at the age of just 15 and in addition to 1Xtra has presented for Vevo UK and CBBC’s Saturday Mash Up. Yasmin has also hosted the Rated Awards for GRM Daily, and has worked alongside major brands including ASOS, Red Bull and Cancer Research UK.

“I’m super excited to be hosting the BRITs coverage on YouTube. My career started on YouTube, so feels great to be doing something on YouTube and the BRITs. Can’t wait to have an awesome night!”

“So excited to be hosting the BRITs YouTube stream with Conor, I always look forward to the BRITs and I have been watching for years! Can’t wait to have some fun and bring the biggest night of music to people all over the world. The nominations are amazing this year, brilliant to see so many of the artists I love up there; J Hus, Dave, Stormzy and Jorja Smith, to see them recognised for the work they put in is brilliant. I’m hoping this year we can create another moment like Adele did in 2011 with ‘Someone Like You’, maybe Dua Lipa bringing the New Rules video to life on stage? or Stormzy arrives in a HUGE Boot? Bring on the show!!”

As well as finding out the winners of this year’s striking Anish Kapoor designed awards, those tuning in will be able to enjoy performances from superstars Justin Timberlake, Ed Sheeran, Stormzy, Sam Smith, Rita Ora and record-breaking five-time nominee Dua Lipa. Elsewhere Jorja Smith will make history by becoming the first BRITs Critics’ Choice recipient to perform on the BRITs main show in the same year as winning the award, taking to the stage alongside 2017’s Critics’ Choice Award recipient Rag’n’Bone Man. And in another BRIT Awards first, Foo Fighters will take to the stage, having picked up three BRIT Awards for Best International Group to date.

Videos already available to watch onyoutube.com/brits include Conor delving into this year’s nominations in Conor Maynard’s Connections, the best bits from The BRITs Are Coming Nominations Show, plus interviews and beautiful sessions recorded at Abbey Road by this year’s Critics’ Choice nominees Mabel andStefflon Don, and winner Jorja Smith.

In both 2016 and 2017, The BRIT Awards reached over 1 million unique viewers worldwide on the YouTube channel, and with Conor Maynard and Yasmin Evans as the faces of this year’s live stream, the ceremony will no doubt reach even more music enthusiasts around the globe.