A darker sound with fiery, breakbeat inspired sound, “Nightmares” marks the pair’s first release of a busy 2018 that will see them release new music on the first Friday of every month.

“We met Scott Quinn for the first time and immediately had a connection, he’s an amazing songwriter and lyricist not to mention his crazy good voice. We were playing around with the lyrical concept of anxiety as it seemed to fit with the deeper feel of the track, and is something that so many people can relate to.

The song then came together in a number of hours. It was one of those sessions when it all happened very quickly and naturally and the entire track was pretty much written that day which we always feel leads to the best ones” Set Mo.

Finishing 2017 on a high – closing the main stage at Beyond The Valley – Set Mo started 2018 equally as strong with a capacity crowd at Field Day, Sydney.

These stand out performances topped an incredible past year of national sold-out shows, high rotation support on triple j and a Pete Tong nod of approval on BBC Radio 1 for their last single “I Belong Here” feat. Woodes.

Focusing heavily on writing and recording, 2017 saw Nick and Stu hitting studios in London, Amsterdam and Berlin to record an abundance of new music.

Alas, the prolific duo enter the year announcing they’ll be releasing a new Set Mo track on the first Friday of every month from February to December – that’s 11 new tracks over 11 consecutive months – kicking off today.

“We spent a lot of time in the studio over the last year really experimenting with different styles and sounds. We went back and spent time listening to some of the very first electronic music we got into as teenagers, artists like The Chemical Brothers, The Prodigy, Groove Armada and Moby. We really love how those artists had such diverse and emotive albums.

The result is we have a wide selection of tracks that vary in styles, tempos and moods. Rather than put these all out at once we want to show people the journey we went on creating them, and how the story has developed over time” – Set Mo 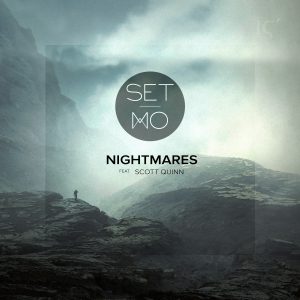