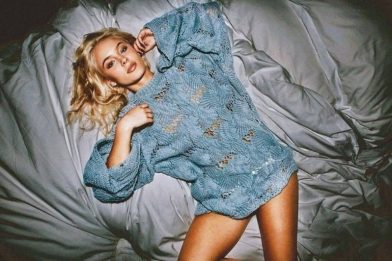 Today, Swedish pop powerhouse Zara Larsson celebrates surpassing 100,000 UK sales of her debut album ‘So Good’, making her the first debut female artist of 2017 to do so. Listen to the album below:

Upon its release in March of this year, ‘So Good’ broke the iTunes Top 10 in 61 countries and was the 3rd best-selling album on iTunes worldwide. Within 10 days of its release, ‘So Good’ joined albums by Rihanna, Selena Gomez and Ariana Grande in the Top 5 most streamed albums from a female artist ever. The album entered the Official UK Albums Chart at #7, and includes 4 UK Top 5 singles.

So Good, an album by Zara Larsson on Spotify

#7 on Official UK Albums Chart
Over 350 million UK album track streams
Certified Gold in the UK
2.2 billion streams on Spotify worldwide
Top 10 on iTunes in 61 countries
3rd best-selling album on iTunes in the world on week of release

#2 in the Official UK Singles Chart
The first act in 10 years to top the Music Week Urban, Pop and Upfront Club charts
Over 185 million Spotify streams
Certified Platinum in the UK

Zara will play the below. UK dates in 2017. Tickets available here