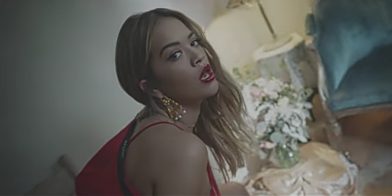 Avicii has shared the official video for his new single ‘Lonely Together’. Taken from his current EP ‘AVĪCI’, the track features British pop singer Rita Ora, who performed the song live on the first episode of the 2017 series of BBC’s Strictly Come Dancing on the 9th of September.

The video was directed by Levan Tsikurishvili, and co-directed by Phillip R. Lopez. Of the video, Tsikurishvili says: “It was such a big honour to create this beautiful piece for Avicii and Rita Ora. It has been an amazing fun process in many ways – I loved the idea of playing around with the ‘frozen’ world. What I would do if I could freeze the world – imagine one day if you really could do that, what would you do?”

The 5-track ‘AVĪCI’ EP is the first new music from Swedish DJ, producer and songwriter Avicii since 2015 and the announcement of his retirement from the live circuit last year. ‘Lonely Together’ has already proved a hit and currently sits at number 4 on the UK iTunes chart and has been streamed over 55,000,000 times on Spotify alone.

As well as ‘Lonely Together’, the EP features collaborations with AlunaGeorge (What Would I Change It To’), Billy Raffoul (‘You Be Love’) and Vargas & Lagola (‘Friend Of Mine’), as well as Sandro Cavazza, who contributed vocals to the release’s first single ‘Without You’.

In 2011, Avicii achieved monumental success both critically and commercially with the release of ‘Le7els’, which became a No. 1 dance hit in the U.S. and the U.K, topping the charts in six other countries before earning him a Grammy nomination. His 2013 debut LP ‘True’ spawned four-time platinum-selling, guitar-laden hit ‘Wake Me Up’ which went to No. 1 in 81 countries and became the most streamed song of all time on Spotify – and is still the most Shazamed song worldwide to date. In 2014, Bergling released his second album ‘Stories’, spawning the international hit ‘Waiting for Love’ – a number 1 hit in 22 countries.