Louis Tomlinson smashes back on to the world music stage with his brand new single ‘Back To You’, released via Sony Music globally on Friday July 21st.

Bebe Rexha and Digital Farm Animals feature on the track, a romantic and modern love song about returning to the one you can’t let go.

The song was co-written by Louis and produced by Digital Farm Animals. It follows the smash hit single ‘Just Hold On, which Louis released with Steve Aoki in December last year, reaching No.1  on the iTunes chart in 43 countries. 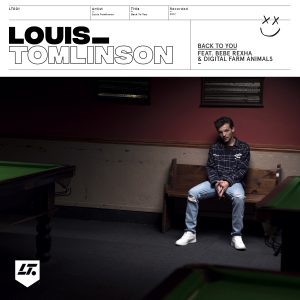 Louis says: “I’m so excited to announce my single Back To You with Bebe Rexha and Digital Farm Animals is out on July 21st! With this song we wanted to write something a little less soppy. It’s about that one person that no matter how hard you try, you keep coming back to. All your support has been amazing and I can’t wait for you to hear the track. “