The O2 today announces that legendary music icon Céline Dion will be joining The O2’s 10th Birthday celebrations as she returns to the iconic venue with her LIVE 2017 tour, which lands at The O2 on 20th and 21st June.

She joins Alt-J and Jamiroquai as part of a series of gigs in honour of The O2’s 10th Birthday.

One of the most successful and widely respected female performers in music history, Céline will visit cities that have not witnessed a performance from her since 2008’s Taking Chances World Tour, which became the second highest-grossing tour by a solo artist.

The O2’s 10th Birthday shows are a week-long series of unique shows giving fans a chance to come together and witness their favourite acts at one of the most iconic entertainment venues of the decade. 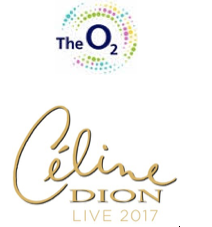