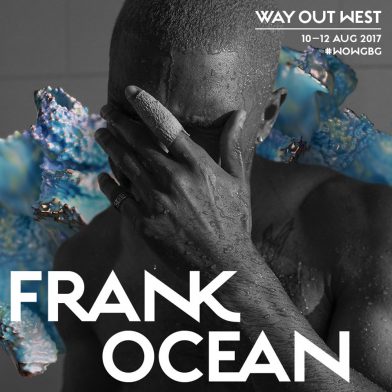 Californian singer and rapper, Frank Ocean is set for an unforgettable performance at Way Out West this year, no doubt delivering a slew of stand outs from his critically acclaimed albums Channel Orange and more recently Blonde to draw one of the weekend’s biggest crowds.

Similarly in-demand and also heading to Gothenburg in August is The xx, who recently released their third album are now confirmed for the festival. The London trio scored a second number one with ‘I See You’ and are set to be one of the summer’s must-sees.

Way Out West also confirms the addition of mixtape star and Grammy winner, Chance The Rapper. This former Kanye West collaborator will be top of the list for every true hip-hop fan at Way Out West in 2017. Hailing from Detroit, Michigan and touted by MTV as ‘one of rap’s most unique figures in recent memory’ is the next hip-hop addition to the bill, Danny Brown. Dynamic producer and DJ The Black Madonna will also perform.

These exciting additions join an already expansive line-up topped by internationally renowned names – Lana Del Ray, Major Lazer and PIXIES. Once again, Way Out West will take place in the grounds of Slottskogen Park from 10th – 12th August and will provide one of the European summer’s biggest and most diverse musical offerings.

Stay Out West runs alongside Way Out West at night, giving revellers an unmissable chance to see acts of the highest calibre play in the best and most unique venues in the beautiful city of Gothenburg.

Way Out West 2017’s theme is Green city, a continuation of the festival’s long-term commitment to environment issues. The forthcoming edition of the festival will continue the meat and fish free food ethos established in 2012, it will also continue to be milk free after a successful implementation of the measure in 2016. Such measures have helped Way Out West dramatically reduce its carbon footprint and have secured the event KRAV certification, being the first festival in Sweden to achieve this.

Confirmed acts so far, more to be announced soon: 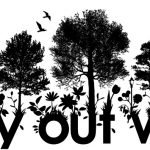